Mike serves as Senate Chair of the Legislature’s Committee on Telecommunications, Utilities and Energy. The committee’s jurisdiction covers everything from cell phones to alternative energy to public utility reform to carbon pricing.

He previously served as Chair of the Senate Post-Audit and Oversight Committee, a unique body charged with overseeing implementation of all state programs run by the Governor and his appointees. Upon entering the Legislature several years ago, Mike was appointed Senate Chair of the Joint Committee on Children, Families and Persons with Disabilities, an assignment with wide responsibility for programs that help poor women, abused and neglected kids, troubled teens and people with physical and intellectual challenges. Over the course of his term, funding for the Department of Children and Families reversed course and began to climb, after years of steady and injurious decline. Mike also serves as Senate Chair of the Mass. Legislature’s Disabilities Caucus.

For 17 years before his 2012 election, Mike made his living in health care and information technology, first as CEO and General Counsel of the Visiting Nurse Associations of New England, a health care system composed of 70 home health nursing agencies, and then as a health care IT analyst for Forrester Research and Critical Mass Consulting. Prior to working in the private sector, Mike served in both the Massachusetts House of Representatives and State Senate, where he was a leader on issues ranging from gay rights to human services.

In 1990, during his first stint as State Senator, Mike wrote an Atlantic Monthly cover story in which he advocated a longer school day and year for American students. A year later, he was named one of nine commissioners on the National Education Commission on Time and Learning, created by the U.S. Congress to examine the issues raised in the Atlantic article.

In 1992 Mike drafted and saw through to enactment domestic violence legislation for Massachusetts that was precedent-setting in the United States, in that it required judges to consult a comprehensive computerized registry of offenders before they ruled on requests for restraining orders. He was also successful as lead sponsor of major environmental legislation regulating uses of toxic materials in manufacturing within the state.

Mike graduated from Harvard College and the Northeastern University School of Law. He lives in Lexington with his wife Nancy. They have twin daughters. 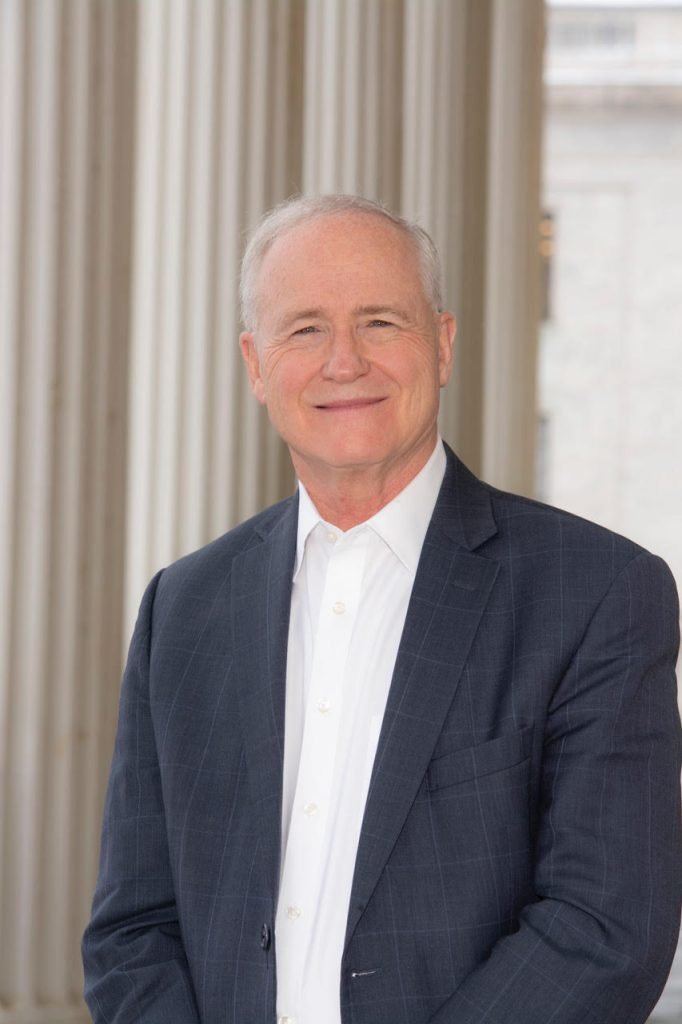 Barrett, who spearheaded the legislation for the special commission, recalled his college years in the 1960s, when a mentorship program brought him to Fernald to play with a 6-year-old boy. Barrett struggled to understand why the boy, who appeared to have no cognitive defects, was at the school, surrounded mostly by older adults.

“His story and the story of everyone with whom he lived hasn’t been told. We don’t know, even to this day, much about the lives that were lived,” Barrett said, drawing an analogy to The New York Times’ 1619 project that reminded “all of us that we don’t really know our own history as a country, or as a state, or as a community.”

“The truth here has eluded us,” Barrett said of Fernald.

Affordable housing can be innovative, efficient, and, importantly, totally fossil fuel-free. That was the takeaway from a trip to Roxbury, where, with the help of Massachusetts Clean Energy Center, Preservation of Affordable Housing is building 52 units of senior housing, which will all be heated and cooled with all-electric heat pumps. Even energy backup will come from an on-site battery rather than oil and natural gas. And it’s being constructed at a reasonable cost. Below, touring the site with the developers, contractors, reps from MassCEC, and the Legislature’s energy committee. ... See MoreSee Less

Barrett, who spearheaded the legislation for the special commission, recalled his college years in the 1960s, when a mentorship program brought him to Fernald to play with a 6-year-old boy.

A commission will investigate the history of institutions for people with developmental or intellectual disabilities, as well as mental illnesses.

Affordable housing can be innovative, efficient & fossil fuel-free. That was the takeaway from a trip to Roxbury, where, with the help of @MassCEC, @POAHCommunities is building 52 units of senior housing, which will all be heated & cooled with all-electric heat pumps.

State lawmakers are drafting legislation to move MBTA safety oversight out of the Department of Public Utilities.

State lawmakers are drafting legislation to move MBTA safety oversight out of the Department of Public Utilities.

Disability advocates gathered yesterday at the MetFern cemetery in Waltham to celebrate passage of legislation establishing a first-in-the-nation state commission to investigate the history of MA's old-style institutions for the mentally ill and the intellectually disabled.

The suburbs need more affordable housing, close to the other things that form a community -- stores, coffee shops, transportation, parks, and, most of all, regular people going about their lives. Concord Park Senior Living and its addition are spectacular examples.