This government is your government?  We have hard work ahead to make sure these words ring true.  Lots of people are under strain.  Jobs are insecure.  Costs are climbing for housing and higher education and health care.  The well-off remain well-off.  But even for the prosperous, prospects for the next generation are a question mark.  For most of us, the future has never seemed so unknowable.

State government is no magic lever by which everything can be made right.  But we can push back, to powerful effect, against the special interests and the narrowly self-interested.  As a participant-leader in a community of neighbors, a state senator has much to contribute — ideas, contacts, time and, where warranted, public resources.  Together we can make headway on top-of-mind concerns like economic growth.  Climate change.  College affordability.  Helping people deal with their health problems.  Doing smart and decent things with our tax revenues.

Once upon a time, before entering the private sector, I served in the very body for which I’m now a candidate.  I know that high standards and hard work can make a difference in the State Senate, a group of just 40 people elected from across Massachusetts.

I’m running because in my earlier service I got a lot done (modesty takes a back seat in political campaigns).  I was Legislator of the Year three times – named as such by the Mass. Municipal Association for my work on local aid, and by the Greater Boston Association for Retarded Citizens and the Mass. Developmental Disabilities Council for my work on human services.  Boston Magazine tagged me “Best Democratic Rising Star” and the Boston Phoenix and Lowell Sun named me one of the Ten Best Legislators in Massachusetts.

The National Center for Policy Alternatives added my ideas on toxic use reduction to its list of Best Bets for creative policymaking.  For my work on hazardous waste issues I received a Special Achievement Award from the Environmental Lobby of Massachusetts.  Have a quick look at Mike’s Record (after you excuse me for referring to myself in the third person).

I’m running because I bring to the job 17 years of private-sector experience and 17 years of public-sector experience.  The private-sector work has been in healthcare, computers and the Internet – crucial parts of the Mass. economy – and here I hope to make a special contribution.  Technologists are everywhere in the “real world” but exceedingly rare in state legislatures.  It can only be a good thing if elected bodies come to include people familiar with the major drivers of job growth.  See About Mike.

Another reason I’m running is because I learned the first time around – sometimes the hard way – how to stand up to special-interest pressure and build coalitions that fight back and win.  Bad things happen in the Legislature, no question, but this is hardly the whole story.  Lawmaking in the right hands is productive and worthwhile.

Campaigns are worthwhile, too – at their best, they’re high-spirited, inclusive and fun.  They’re great for meeting people and forming friendships.  And the cause is worth the effort.   This government is your government?  It will be if we make it so.

The case for change is urgent.  To advance progressive values, we need legislators at the top of their game.  If you want to know where I’ll go in the job, consider where I’ve been … unwavering in my support of a woman’s right to choose … unrelenting in my opposition to the death penalty … steadfast in advocating for children and adults with physical, developmental and emotional issues … and, in marked contrast to other candidates in the Democratic primary, consistent in my defense of tax revenues that balance the budget and fund needed services.

Granted, no human transition is more sensitive than a shifting of the guard – honoring past service while opting for new leadership.  By the time change actually happens, it’s often overdue.  With all due respect, I say we’re overdue on gaining fresh representation in the Mass. State Senate for Bedford, Carlisle, Chelmsford, Concord, Lincoln, Waltham, Weston and large parts of Sudbury and Lexington.

It’s high time for a fresh start.  Donate here.  Volunteer here.  I’m ready to challenge the status quo, and I need your help.   Please join me.

Overturning Roe leaves a permanent stain on the U.S. Supreme Court. At least we saw this coming. In anticipation, the Massachusetts State Senate just approved an additional $2 million for abortion care and support services. Massachusetts needs to be a safe haven state, a source of help for women who may come to us from other places for abortion services. ... See MoreSee Less

If the Court reverses Roe, it will be its most consequential opinion of the past 50 years and leave a permanent stain on the institution. We will be dealing with the implications — the personal ones for families and the political ones for the country — for decades. ... See MoreSee Less

Massachusetts is among the Democratic-leaning states expected to see an influx of patients from stat...
View on Facebook
· Share

Overturning Roe leaves a permanent stain on the U.S. Supreme Court. At least we saw this coming. In anticipation, the Massachusetts State Senate just approved an additional $2 million for abortion care and support services. (1/2)

If the Court reverses Roe, it will be its most consequential opinion of the past 50 yrs & leave a permanent stain on the institution. We will be dealing with the implications—the personal ones for families & the political ones for the country—for decades.

Massachusetts is among the Democratic-leaning states expected to see an influx of patients from states that make abo...

Senators took a major step toward achieving the net-zero emissions limit they already set for Massachusetts by approving a policy-heavy bill aimed at expanding the clean energy industry and reining in emissions from the transportation and building sectors. Senate passes big climate bill focused on getting to net-zero

“We know climate change is relentless, so Massachusetts needs to be relentless, too,” Senator Mike Barrett said. 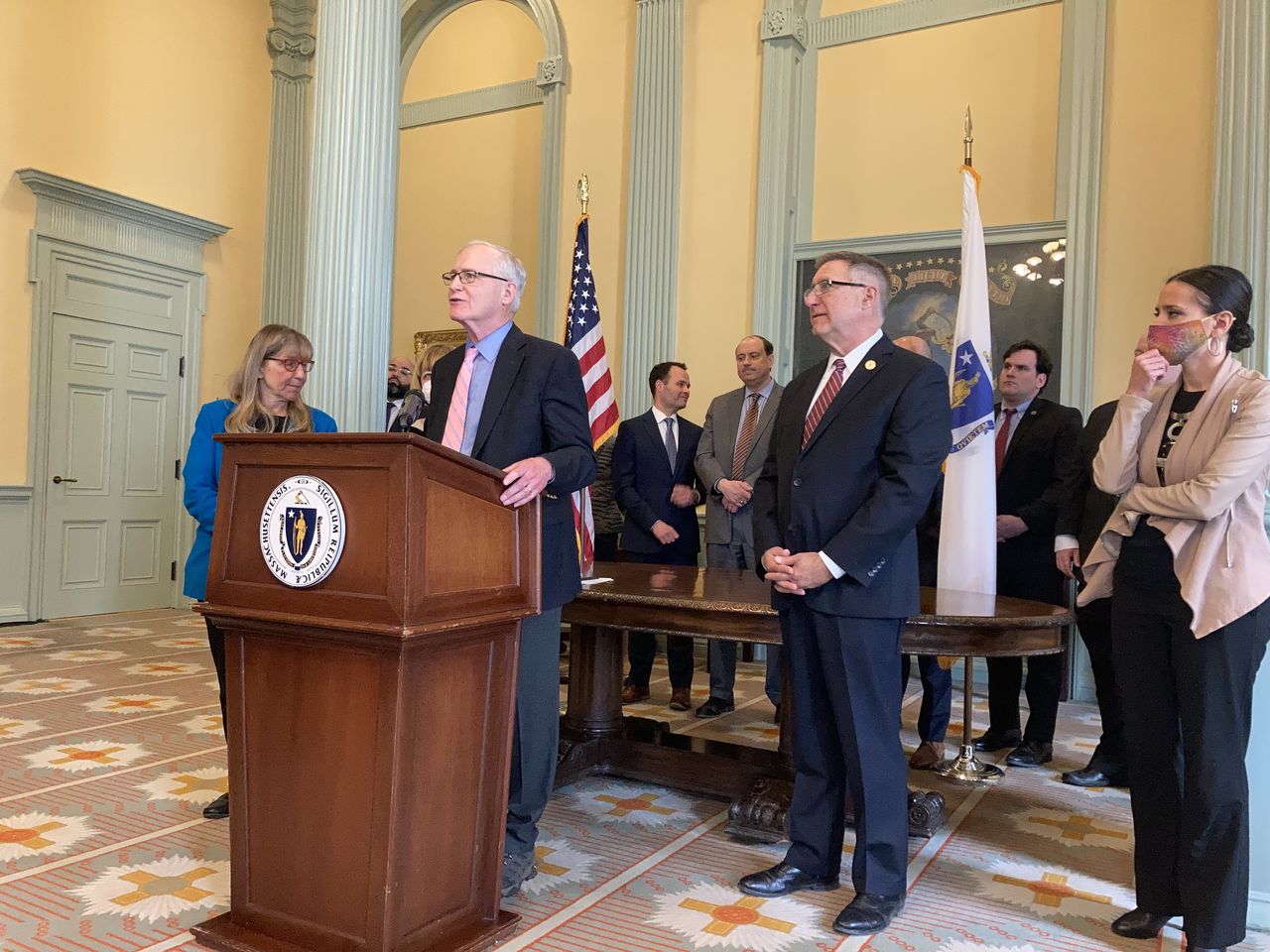 ‘The most important issue of our time’: Mass. Senate unveils climate change legislation